3fe Coffee Roasters: What we did next... 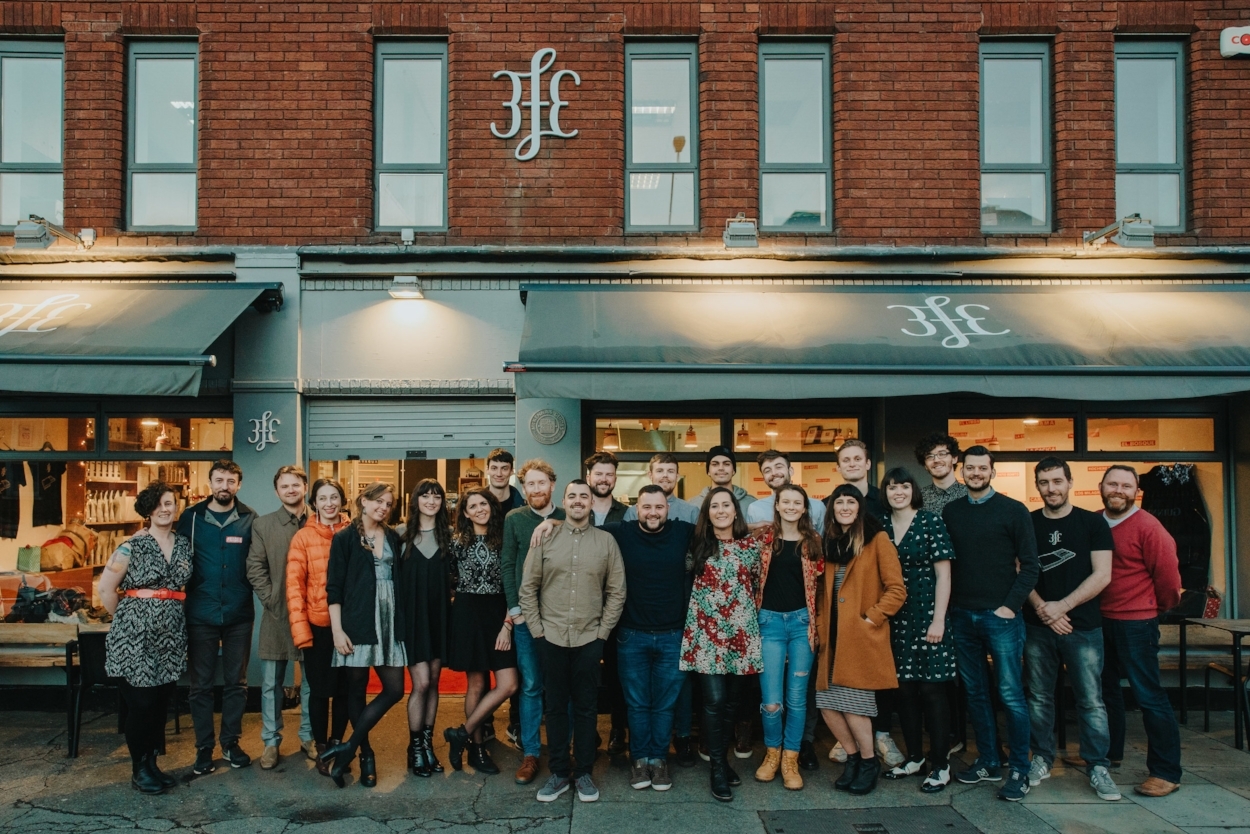 In late 2010 on foot of an old email thread regarding Maraschino Cherries (really), I invited Fiona McHugh of Fallon & Byrne down to my new “shop”, 3fe in the Twisted Pepper nightclub on Dublin's Middle Abbey Street. Fallon & Byrne was, and is, the go-to place for all things culinary and having recently decided that wholesale coffee was the way forward for me, I thought I'd take a punt at picking up the most prestigious account in the city as my first client.

Unfortunately, the night before we were due to meet for an early coffee, a student night by the name of “Mr. Jones” went off like never before in the Twisted Pepper and despite assurances that the place would be spotless by the next morning, I arrived to find the place covered in rubbish and the floor sticky with whatever concoctions they were drinking the previous night. This was not good.

When Fiona arrived I had barely any time to clean and I'll never forget the fear in her eyes as she ducked under the shutter into a dark nightclub that stank of dancing sweat and Buckfast. I led her to the only clean chair at the bar and apologised for the state of the place. I explained to her what we were trying to achieve with 3fe and where we wanted to go. Then I made her a coffee.

Fiona, still weary of her grim surroundings, took one sip of the cappuccino, pointed at it and said “Wow. We need to be making coffee like this”. We had ourselves a wholesale business.

Within a few months we picked up a few other accounts like Roasted Brown, L. Mulligan Grocer, Hollands of Bray and as they grew so did our own business. When Brother Hubbard opened in 2011 the city's coffee scene was really starting to bubble and since then we've been incredibly lucky to be part of an industry that's gone from a niche tipple to an everyday staple.

Wholesale has always been a difficult gig but a challenge we've always enjoyed. In the early days (pre-Mythos!) we spent most of our time re-dialing grinders and delivering 100's of kg's a week in my now departed Peugeot 307 (the suspension gave way when the Bolivian's landed).

At the time there were few, if any, people who self-identified as baristas and so it was a slow process taking on wholesale customers because the skill set wasn't there to ensure the coffee would be well-represented. It was for that reason that we initially only took wholesale customers in Dublin (and Bray!) because we wanted to keep a hold on quality as much as possible.

As more and more people came on board with specialty coffee we also started to see more people returning home from cities with more developed coffee scenes than Dublin's, with better coffee knowledge and standards. At this point we decided to broaden our horizons and soon had coffee shops like Established in Belfast, Suas in Ennis, Urban Grind in Galway and Arch in Waterford, all blazing a trail outside of Dublin.

Starting small not only gave us a chance to ensure the coffee we shipped was of sufficient quality, but also allowed us to get good at all the non-coffee things we did. The learning curve in setting up systems for invoicing, boxing, shipping and all the other mundane things we do from day to day are equally as important as the coffee and we were starting with zero experience in all these fields.

Achievability is such a crucial factor in growing any business and we just about found a balance between fast growth and not breaking ourselves.

At the time, this managed growth felt like we were going too slowly but when we look back it meant we went much faster. We rarely lost wholesale customers, we built strong relationships and we got really good at the stuff you don't post on Instagram. 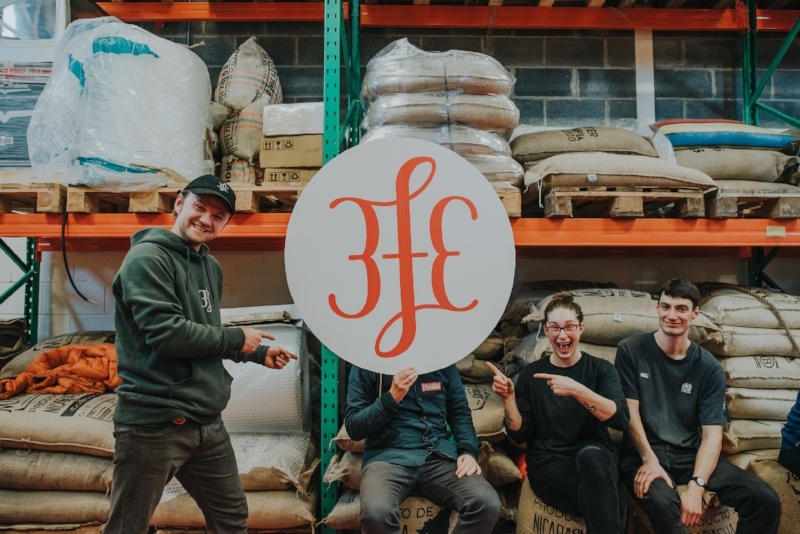 In recent months it's dawned on us that we've reached the next step of wholesale growth that we need to make: International Wholesale. Until now we've only been focused in Ireland and although we've done the odd one-off here and there internationally, it's never been our focus.

Our growth in Ireland has been extra remarkable when we consider it’s a country with a population not much bigger than Berlin and although that meant we had a smaller market to work in, it also made us more focused on our approach, especially with regard to service, quality, and viability.

As the Irish Market grew though we soon began to see our awesome enemies at the likes of Coffee Collective, The Barn, Koppi, Five Elephant, Tim Wendelboe, La Cabra, et al nibble away at our market whilst we left theirs untouched. It's great having diversity in our city's coffee scene but the time has now come to add 3fe to the diversity in other country's coffee scene and bring what we do best to those cities and towns.

We’ve now been roasting for four years and in that time we’ve built a strong repertoire of great farms that we source from year on year that are special and unique to us.

Steve, Monika and Simon have done incredible work to insure that 3fe’s coffee’s are reflective of the type of offering we want to be able to roast and the quality of what we ship out is of an incredibly high standard. The last few months especially have shown us that our reputation as roasters is now on par with the reputation we’ve built as retailers, and the offering that we can present to our wholesale customers is both attractive and diverse.

Today we launch our international wholesale business and take on the next stage of growth and development for our business. We're eager to talk to you about your guest or staple coffee if you're interested in working with us drop us a mail wholesale@3fe.com

By this day next year we're hoping to have coffee in every large European city and at least every major international city. It's quite an exciting time for us.

In the coming weeks we'll be announcing a series of international events and hopefully you'll be seeing our coffee in hoppers the world over. We're excited about meeting some of the best coffee shop owners from around the globe and we can assure you there'll be no sticky floors this time.